Various on the fly peeps

of Sin. They have an interest in keeping the Fading Realm safe, but primarily are interested in Establishing Rhealoth, their New Capital City in Valdor and then expanding their power. They dress in black, silver and red in the vein of the creatures they wish to become. The average soldiers dream is to become like their sovereign lord as a Vampire.

The Copper Eyed King played such a crucial role in the defeat of many of the Lords of Sin that when he demanded land and acknowledged title as a separate nation’s leader the assembled lords could not deny him. As a Vampire he is beyond singularly powerful, and his followers all crave that power as well, but he denies them his gift until they can prove that the power will not change them.  His band of followers are known as the Ravenguard, elite soldiers, assassins, diplomats and merchant that he rescued individually or gained on his campaign against the Lords

The Lokk Gang – Criminal Misfits, sent as a guerrilla force against the Barren Lands forces. 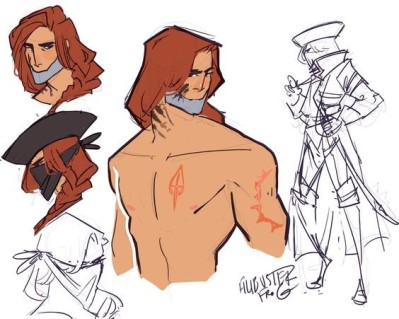 Kit’oth Darkoath. During this incident the Darkoah himself ripped the elves bottom jaw clear off. As a reward his entire gangs’ where forgiven, provided they served the Crown for a number of year and he was provided with a flue jaw, or a prosthetic. The Gang dresses in browns and oranges to mimic their leader’s hair and leather style. Their overall objectives are split within the group, with allegiances torn, some wish to legitimise and either become a mercenary company or even a Knight company, whilst others wish to establish their gang’s illegal presence in Valdor as soon as possible.

The Parliament of Magic – Tilda Makorn the Warden

and charged with regulating magic, something they have been considerably lax in completing as they didn’t recognise the building power of Helios or the outbreak of the magic based sickness, the Belialian Blight. As such one of their strictest enforcers, an ex-Blackblade and anti-mage of the cruellest order, Tilda Makorn has been sent to establish an embassy and mission of the Parliament in Valdor, and also to keep an eye on the Vampire King, Yarrick. Members of this guild often dress in the reds and golds of their order, sometimes with gold masks to mimic their Captains odd face wear. Their key objectives are to gather intel on Yarrick, keep sending reports on the Barren Land’s forces and keep rampant magic on the down low. Secretly hey also wish to gather

powerful magical energies, both to improve their power and seek a cure to the four key magical illnesses that plague the people of the lands. 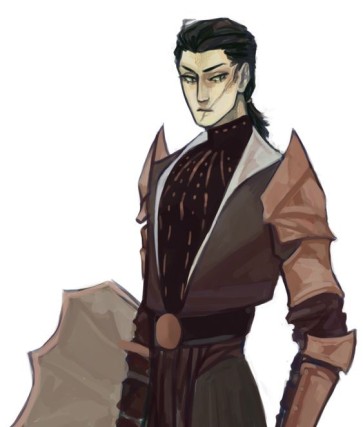 This house is made up of racial sympathisers of  the Yuan-Ti race, as it only has the one surviving member, Brakken Slymore, an adventurer who was forced to fight his own family and eventually kill his brother in single combat as they sided with the Lord of Sin: Plysure. They don’t have a set dress code nor a general aesthetic but do define themselves with a pendant of a dual fanged snake. Their objectives are to find other Yuan-Ti before Brakken dies in order to keep the Fading Realm line of Yuan-Ti alive and well. Made up of magical zoologists and adventures.

The expedition to Valdon is being led by Yarrick, and he has claim to the lands but the Ranger Queen has sent a detachment to establish a supervisor city, her father’s oldest company the Nite Legion led by her sword tutor and master at arms Kadir de Font a Half Orc adopted into the royal house and cared for by the maidens of the garden.

A subset of the Patchwork Corps, born after the Bay of Blades and the resurrection of the Patchwork Night as the avatar of the Bladed Prince. After the battle he wandered off, some believe to explore the material plane, abandoning all his comrades. Now his old company looks for him. A detachment led by his ex-squire Killian Wanfet has travelled to Valdon in search of him, and also to find his famous blade, Oak-Ender, considered by the Sovereign Church and the Blade Keepers to be a Holy Relic capable of great deeds. They wear new colours now blue, teal and yellow in comparison to the old red and oranges of the Patchwork Knights to symbolize they development.

The Dragon’s bid for godhood has been put on hold as the world comes to terms with their new reality. However the dragons of the Fading Realm sense something dangerous, not only the life force of the other realms few remaining dragons, but also the immense power only recognized by the most ancient of their kind. The Dragoneater, first son of Verdadrien the Dragon Song. This entity is literally capable of eating other full grown dragons with a single bite. It is the single greatest threat in the eyes of the Fading Realm dragons and as such they have sent their most diplomatic, strong champion to deal with it. Cratoyzomak adopted his name when he slew his own father in battle and took it. His men and women serve out of fear and respect.